This blog is part of Matplotlib Series:

An area chart or area graph displays graphically quantitative data. It is based on the line chart. The area between axis and line are commonly emphasized with colors, textures and hatchings. 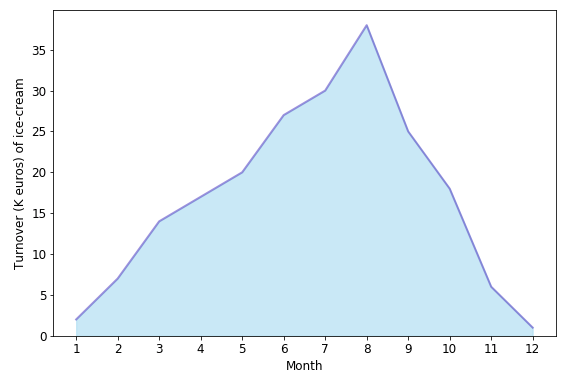 Suppose that the plot above describes the turnover(k euros) of ice-cream’s sales during one year. According to the plot, we can clearly find that the sales reach a peak in summer, then fall from autumn to winter, which is logical. 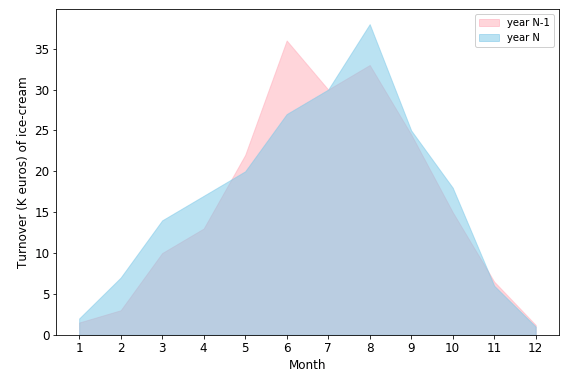 As an extension of the first plot, the second one compares two-year turnover together. The peak for both year is in the summer, for year N, the peak is in August; however, the peak is reached in June in the year N-1, which is caused by the heatwave in June.

Stacked Area Graphs work in the same way as simple Area Graphs do, except for the use of multiple data series that start each point from the point left by the previous data series. 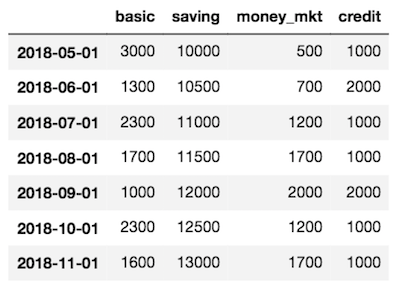 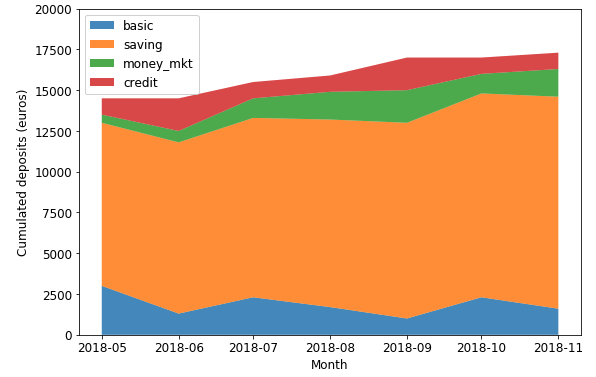 This stacked area chart displays the amounts’ changes in each account, their contribution to total amount (in term of value) as well.

Data plotted as areas and stacked so that the cumulative area always represents 100%. 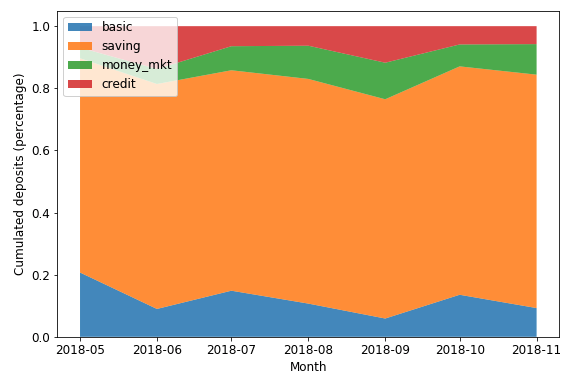 This stacked area chart displays the amounts’ changes in each account, their contribution to total amount (in term of percentage) as well.

You can click here to check this example in jupyter notebook.