Year 2020 comes soon, now it’s time to review the whole year 2019. This year I improved my SQL, python and analysis skills, learnt and applied some Machine Learning algorithms. In the following, I’ll talk about:

“bibi!” it is the new franprix customer benefits’ program, it’s unique, generous and personalized. In order to understand if this new program works well, I create a dashboard for CRM team with data as the transaction’s and turnover’s quote-part with “bibi!”, so that they can make decisions with data support.

HEMA, a department store of sorts, which sells only own-brand products, is ubiquitous on the Dutch high street, but that doesn’t mean it’s pedestrian in any way. Instead, the wide range of household products and homewares HEMA sells is incredibly well-designed in a distinctive simple, fresh and modern style. Cosmetics, clothes, food and other product ranges are available too.

In 2019, franprix is betting on non-food and is establishing a partnership with the HEMA brand, specializing in design bazaar products. From the 10th September, in 15 Parisian franprix stores, HEMA makes your life easier and more fun. 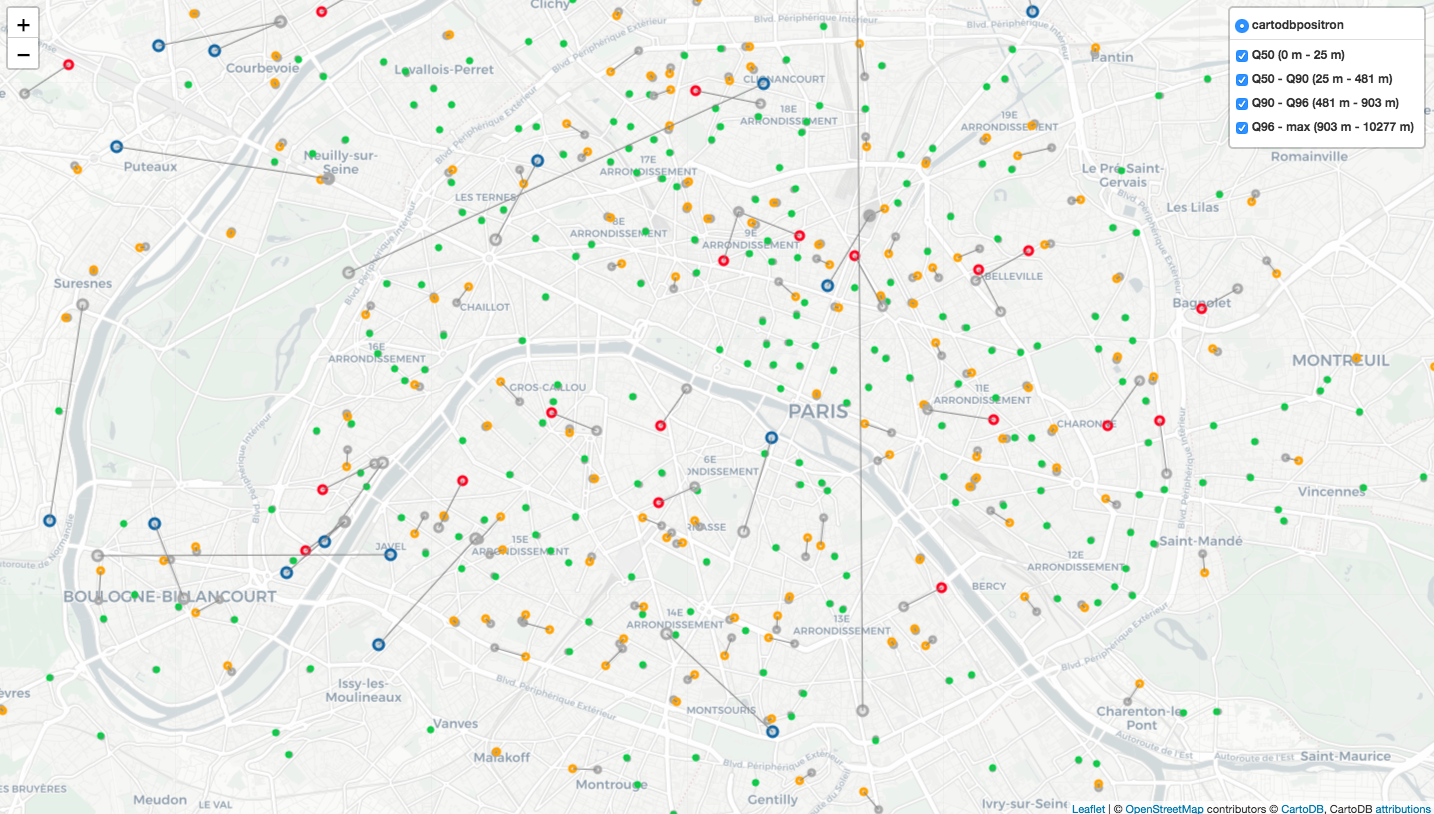 What did I learn during working?

During the working, I enriched my knowledge of data precessing performance, geovisualisation and other subjects.

For creating reports, I learnt how to create a python package which helps us to install only the necessary modules and pack elements for each report together. The structure of the package is similar to the following:

Moreover, when creating multiple reports by python scripts, we usually face the situation that different versions of one python module is needed for different reports. In this case, maybe creating a virtual environment for this project is a good choice. The virtual environment allows you to use a certain version of a module for one project and another version for another project: if you install the module system-wide and don’t use venv, then you can only use one version of the module.

Since we created numerous reports and the logic for some of them are pretty complex, we need to pay attention to the processing performance. For example, we can take advantage of SQL query when we extract data, like replace python function by COALESCE in Teradata SQL or replace pandas.merge() by JOIN in SQL; we can also apply map or lambda rather than for loop.

After data processing, we visualised data in order to facilitate the understanding. Considering we have lots of stores in different cities in France, I learnt how to draw a variety of maps with folium module.

Furthermore, we need to save our reports in our Linux server. Thanks to this step, I know how to transfer files with Putty between Windows OS and Linux OS.

In this year, I enriched my knowledge of Machine Learning models and algorithms by reading the book “Hands-On Machine Learning with Scikit-Learn & TensorFlow”, understood various classification & regression models, and applied them with Kaggle projects.

On the 23rd May 2019, I participated in the Data Science Olympics which was held simultaneously in Berlin and Paris, and its duration is 2 hours. The context of challenge is the DGCS (french acronym for Direction Générale de la Cohésion des Territoires, in English General Directorate for Territorial Cohesion) is linked to the French ministry of territorial cohesion. Its mission is to design, direct and evaluate public policies regarding solidarity, social development and equality promotion so as to foster social cohesion and support people self-reliance. Recently, the DGCS renovated and standardized the information system of the centers responsible for emergency housing distribution. The data of this challenge comes from this renovation project. The goal is to predict the number of nights an emergency service can provide to an individual or a group (couple, family, …). During this competition, I applied several models like Decision Trees, Random Forest, Adaboost, Extra Trees, Gradient Boosting and Voting classifier to do the prediction. My final note is top 20 (rank: 49/240).

Besides learning and apply Machine Learning algorithms, I also did some analysis on interesting subjects. In the following, I’ll present them to you. 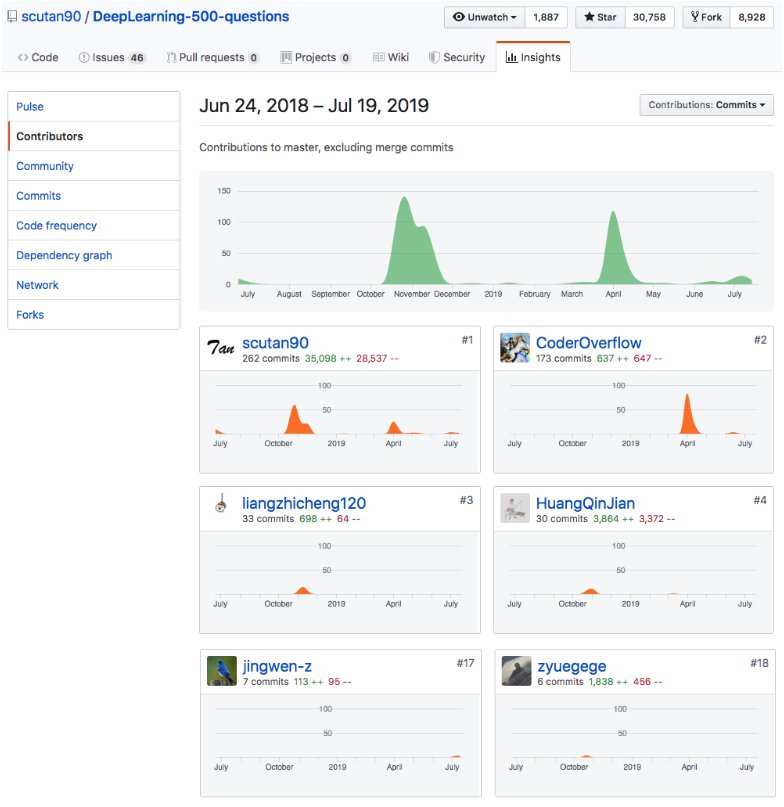 The project “DeepLearning-500-questions” contains 500 questions for Deep Learning, it explained probabilistic knowledge, linear algebra, machine learning, deep learning, computer vision and other hot topics. In this project, I contributed to the Machine Learning’s part, which are related to Gradient Descent, Support Vector Machine and Bayesian classifier. 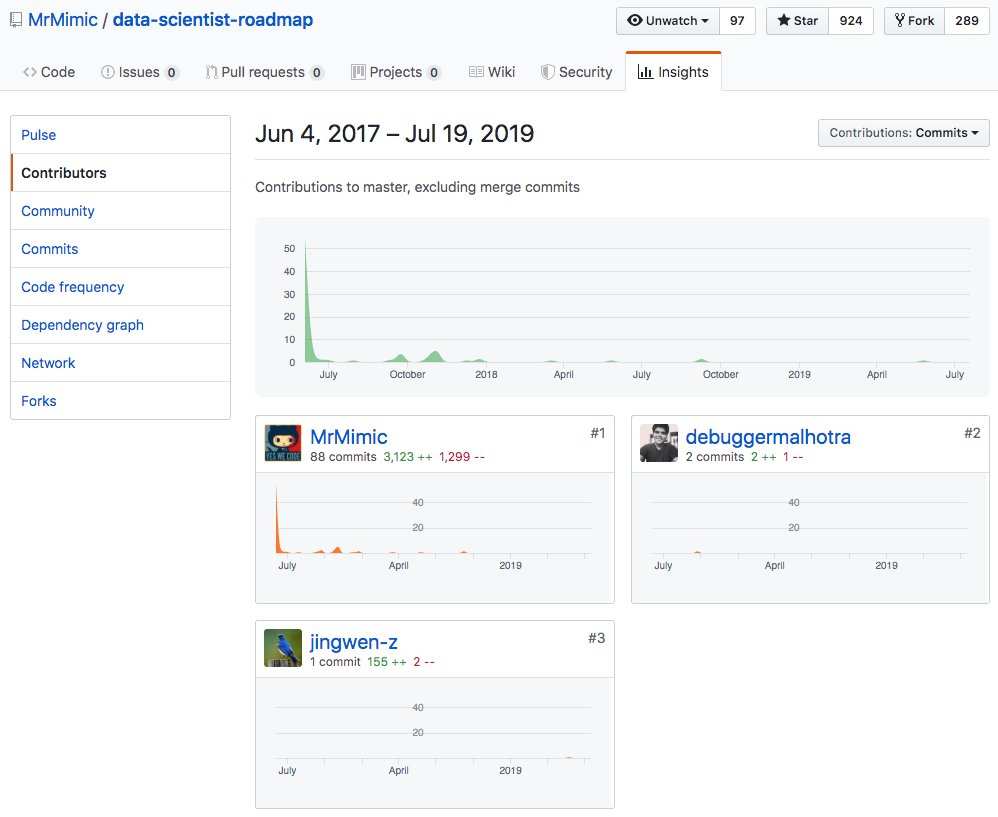 The project “data-scientist-roadmap” presents a bunch of tutorials which complete this roadmap, helping whoever wants to start learning stuff about data science. In this project, I contributed to the part of Data Visualisation, specified the usages of different types of graphs like tree map, scatter plot, line chart, venn diagram, area chart, radar chart and word cloud.

I found some open-source data related to climate change which are meaningful to study, I took some of them and analysed in 4 subjects: Population, CO2 emission, Electric and energy use and Forest area. Since the results are rich, you can click the lien if they interest you.

Paris is the capital and most populous city of France, and it also attracts lots of tourists, which makes me eager to dig out Airbnb locations in Paris. I analysed distribution and evolution of locations and price for Airbnb Paris between 05/2015 and 07/2019, applied Python folium module to geovisualise the result with OpenStreetMap.

I shared this analysis on social networks, it attracted lots of readers and constructive ideas, which really encouraged me. 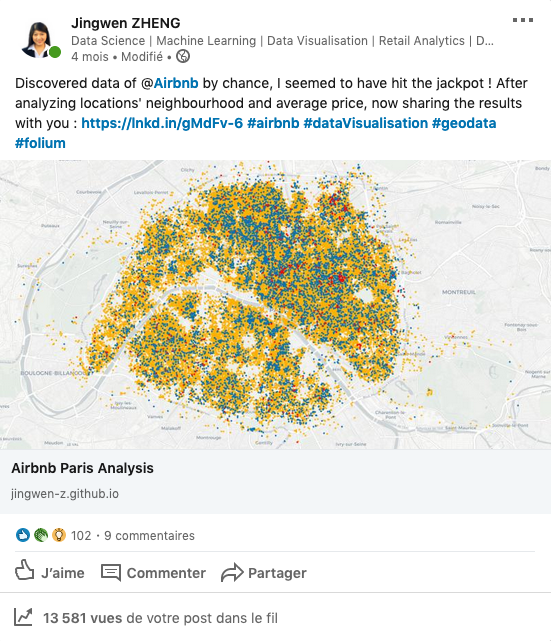 Since the 17th century, Paris has been one of Europe’s major centres of finance, diplomacy, commerce, fashion, science, and the arts. According to the Economist Intelligence Unit Worldwide Cost of Living Survey in 2018, Paris was the second most expensive city in the world, after Singapore, and ahead of Zürich, Hong Kong, Oslo and Geneva. Another source ranked Paris as most expensive, on a par with Singapore and Hong Kong, in 2018. All these elements help to bring the increasing price of real estate in Paris. Inspired by Airbnb Paris Analysis, I also analysed second-hand apartments transactions in Paris. 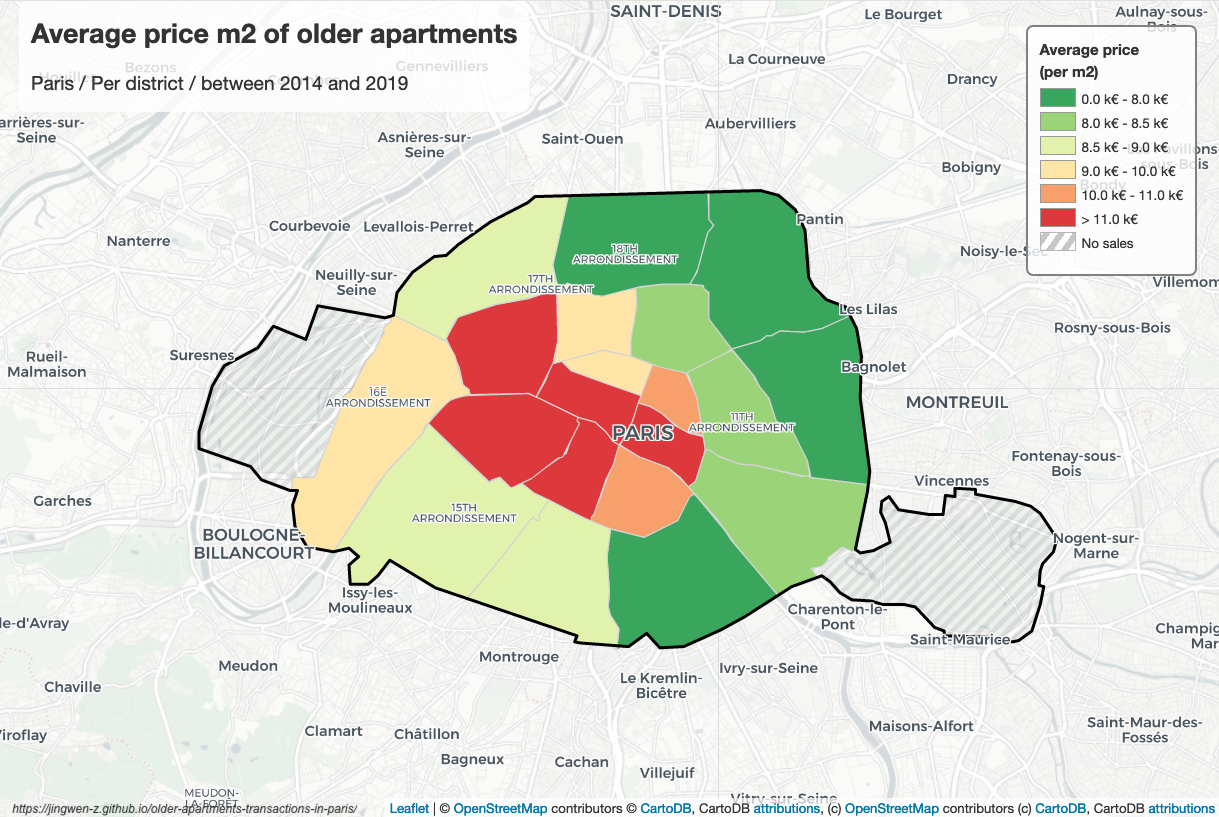 This year I wrote 33 blogs (yes, including this one), they talk about various topics: Data Visualisation, Machine Learning, Data Analysis, python application, database, performance, API, Excel, git and SQL. Moreover, the traffic of my blog increases nearly 870% with respect to 2018. I’m pretty glad if my blogs can help you and solve the problems for you.

Don’t hesitate if you want to ask questions or write comments, it’s welcome!!